Do Cell Phones Distract Us From Interacting with our Kids? 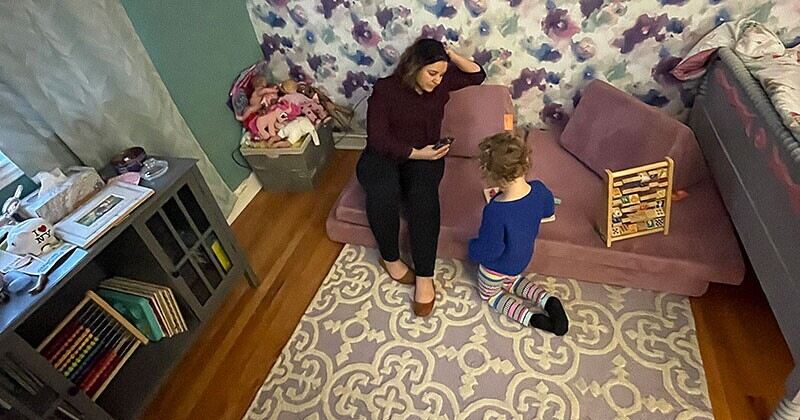 Over the last several years, many researchers in early childhood education have focused on the amount of screen time that children receive each day and how it may affect their learning or development. But, what about the amount of time that a parent or caregiver spends in front of a screen while playing with a child? How might a parent’s distraction by a cell phone affect a child’s learning?

Those are the questions explored in a new study by University of Delaware alumna Caroline Gaudreau (PhD. in education) of the University of Chicago, Kathy Hirsh-Pasek of Temple University and Roberta Michnick Golinkoff, Unidel H. Rodney Sharp Chair and professor in the School of Education and the Departments of Psychological and Brain Sciences and Linguistics and Cognitive Science. The study, titled “What’s in a Distraction? The Effect of Parental Cell Phone Use on Parents’ and Children’s Question-Asking,” has been published in Developmental Psychology.

In a study with 57 preschoolers, Golinkoff and her coauthors found that children’s and parents’ interactions changed significantly when parents were engaged in completing a survey using a cell phone. Compared to a group of participants without a survey, these children and their parents asked fewer questions of each other during playtime.

Since question-asking behavior is a critical part of a child’s learning, this study offers insight into how parental cell phone use may affect their child’s development.

Toddlers and preschoolers ask questions to learn about the world around them, exploring topics such as the natural world, tools, machinery and more complicated concepts like cause and effect. As research has shown, question-asking allows children to direct their own learning, identify the information they seek and remain engaged with the toy, story or lesson at hand. During preschool, children also learn how to ask questions to solve problems or seek help.

“Asking and answering kids’ questions is very important for their learning,” said Golinkoff, who also serves as the director of UD’s Child’s Play, Learning and Development Lab. “We know that parents who ask more questions and give fewer ‘orders’ have kids with better language development.” 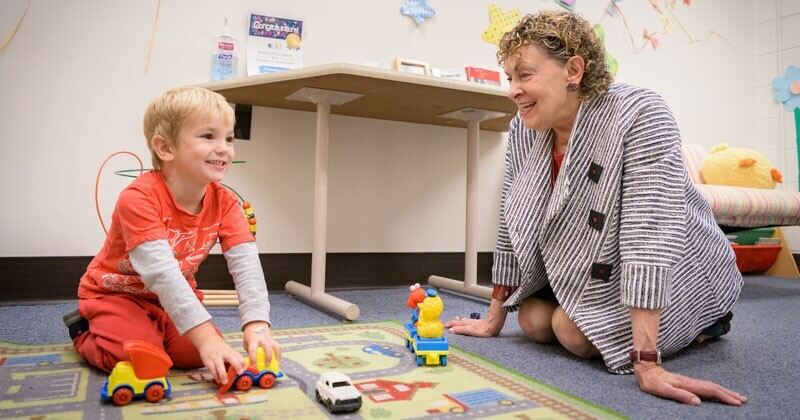 Roberta Michnick Golinkoff, Unidel H. Rodney Sharp Chair and Professor, plays with a child in her Child’s Play, Learning and Development Lab at the University of Delaware.

The effect of cell phones on question-asking

Given the central importance of asking questions in a child’s development, Golinkoff and her research team purposely designed a playful activity that would encourage the children in the study to ask their parents questions. The research team designed a colorful cardboard box with 10 hidden functions, such as opening a flap secured with Velcro to reveal a mirror, turning on a concealed flashlight and spinning a mini Wiffle ball on a pipe cleaner. This novel toy sparked the children’s curiosity and motivated them to ask for help from their parents.

As they hypothesized, Golinkoff and her team found that using a cell phone was associated with the parents and their children asking fewer questions. While the parents and children with a paper survey interacted less than those without a survey, children and parents in this group still asked more questions of each other than the group with the cell phones. Parents and children without a survey asked the most questions of each other while the children engaged in the hidden box activity.

Acknowledging that parents and caregivers must always grapple with distractions—whether it’s a paper survey, a knock at the door or the demands of another sibling—Golinkoff and her research team encourage parents to be mindful of the time they spend in front of a screen when playing with their children.

The presence of a cell phone or tablet may lead the parent to interact less with the child, and it may communicate to the child that the parent is less available for help or support. By contrast, a playful activity without the competing presence of a digital screen may promote the rich question-asking that advances children’s language development and learning in general.

“Our cell phones are like candy to us,” Golinkoff said. “But it would be great if we could be mindful of the fact that using our cell phones when we are interacting with our kids may shortcut their talk with us, talk that they use to learn from us.”