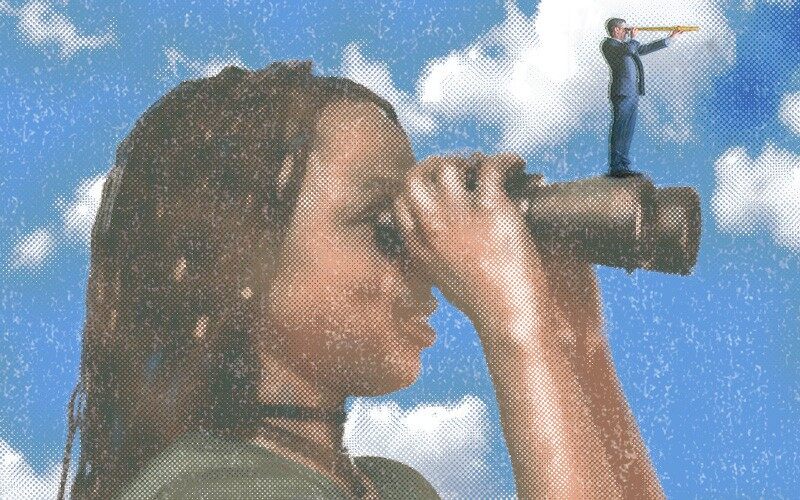 When Black Lives Matter protests erupted in the spring of 2020 in hundreds of cities across the world, University of Delaware doctoral student Diane Codding watched the events unfold while preparing her dissertation proposal on anti-racism and white fragility in educational settings.

“Calls for anti-racism have been coming in waves for years now,” said Codding, “but it felt like those waves were much closer together and much bigger than they had been before.”

With undergraduate and graduate degrees in literature and religious studies, Codding never intended to become a teacher, but when she moved to Delaware in 2012 for Teach for America, she suddenly found herself at the helm of an English Language Arts classroom in Dover High School.

After four years of teaching, Codding decided to pursue a doctorate in education, where she is taking the knowledge and experience gained in the classroom and applying those lessons to her research into racial literacy, especially how white teachers learn to talk about race in the classroom and promote equitable education in Delaware.

In support of her work, Codding received a graduate student award from UD’s Antiracism Initiative. The initiative brings together like-minded individuals and groups to take action against systemic racism and contribute to the reduction of racial disparities on campus and in the larger community.

Q: What are some of the big research questions that are guiding your dissertation?

Codding: My research asks, how can we help white educators who are interested in anti-racism, and who feel called to do this work, how can we actually help them transition into becoming anti-racist educators? There’s been a lot of research on how white people respond when faced with racial challenges. When someone points out racist attitudes or actions, white people tend to respond in some pretty set ways, which are often called “white fragility.” How do we counter white fragility in these instances? How can we help people become more vulnerable, in a good way? And thus, be vulnerable enough to allow other people’s views to transform their own?

Q: Can you define the terms “anti-racism” and “white fragility” for those who may not be familiar?

Codding: Absolutely. White fragility is one way to describe a person’s emotional behavior — such as anger, defensiveness, silence or distancing — when confronted with racial challenges. It’s this quality among white people of being closed off from, or a refusal to be affected by other perspectives and opinions and world views. So it’s characterized by an intolerance of racial stress. On the flip side is vulnerability, or the quality of being susceptible to learning, changing our opinions, and allowing our worldview to shift and to see the world differently. Then there is anti-racism, which is an ongoing process of reflection and external action that seeks to root out racist ideas and to disrupt policies in the world that are enabling racism today. Anti-racism forces us to take a stand against racial injustice. Elie Wiesel famously said that the opposite of love is indifference. Similarly, anti-racism forces us to acknowledge that when we are indifferent to oppression, our inaction supports the oppressors.

Q: What does this tell us about classroom practices?

Codding: So one thing is that teachers need to be prepared to take anti-racist action in their classrooms. Hoping that it just kind of happens naturally or on its own, as the world shifts, is going to take too long. Racism is currently affecting our students. It is currently damaging their education, their educational outcomes, the career trajectories that lie before them. So we need to be able to prepare white teachers to be anti-racist, specifically because white teachers make up about 80 percent of our teaching force. They continue to make up a huge group of our teacher candidates in universities and teaching programs. So we need to be preparing those white teachers to go out and to work with children of color and work with communities that may be unlike their own. We have to actually prepare teachers to do anti-racist work. Thinking about anti-racism and hoping that the world will change are not the same thing as actually taking action to end racial injustice.

Codding: I’m still collecting data on that, but here’s how some teachers are addressing it. One way is through teachers analyzing the curriculum and really questioning what it is they are teaching. Whose perspective is being taught? Whose voice is being included in the curriculum? How are the BIPOC people depicted in this curriculum? How are they being portrayed? Is it all about trauma? Because we also need to make spaces for black joy in our schools, and to make spaces for the positive histories of BIPOC people. The teachers I’m working with have also been looking at addressing things that are considered white supremacy culture in their schools. So things like urgency, or feeling like everything needs to be addressed right now, can be associated with white supremacy and really keeping things the way that they are and have been. Urgency leaves little room for prioritizing equity and inclusivity, or involving the community in thoughtful decision-making.

Codding: For one thing, it needs to become central in all that we do with our teacher candidates. So not just one class on cultural diversity, but instead bringing it in as an element in everything that they learn while preparing to become an educator. We need to be bringing it into their classroom management courses and coursework, so it’s not just learning how to be an effective teacher and to maintain control in your classroom. We also need to address the impact of our disciplinary practices because the data show we have problems, like the school-to-prison pipeline. We are kicking kids out of school, and taking them out of education, due to poor disciplinary practices. Training teachers to be anti-racist is an important step in creating equitable and inclusive schools.

Do you want to learn more about anti-racism? Codding recommends the following scholars whose work has been foundational to her research: