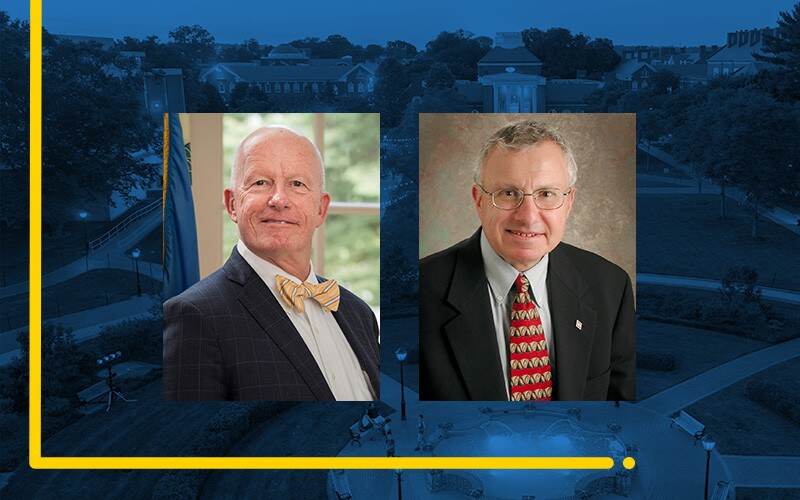 On a chilly autumn night last November, a diverse group of educators, policy makers, researchers and community leaders gathered to discuss one of the most complicated and long-standing problems in Delaware: how to reform under-achieving schools in the city of Wilmington and New Castle County, and how to address educational inequities that disproportionately affect students of color.

This was the third meeting of the Redding Consortium for Educational Equity, a special committee created by the Governor and General Assembly, and presenting that night on his school turnaround research was Gary Henry, who had just been recently appointed dean of the University of Delaware’s College of Education and Human Development.

Although Henry was new to Delaware at the time, he was all too familiar with the problems facing the state’s schools and most vulnerable students. Henry is a nationally recognized expert in education policy who has devoted much of his career to researching school turnaround efforts in North Carolina and Tennessee, where he collaborated with legislators and policy makers to implement solutions for struggling school districts.

Those solutions, as he would go on to inform the committee, required new policies, new partnerships, and the political courage to spend a whole lot of money to attract top talent and reduce teacher turnover.

“Novice teachers turn over at higher rates than traditionally prepared teachers, and they’re more likely to leave schools that serve low-income populations,” he said, noting that many of the difficulties facing Delaware’s schools are similar to those he studied in Tennessee. “Our challenge is to get more effective teachers in front of students.”

Seated next to Henry during the presentation was Dan Rich, professor in the Joseph R. Biden, Jr. School of Public Policy and Administration and an outspoken advocate for education reform in Delaware. Over the years, he had seen countless school reform efforts launch to great fanfare only to flounder in the face of political or public opposition, especially in the city of Wilmington. This time, Rich hoped that things would turn out differently.

Following the presentation at the Redding Consortium, Henry and Rich have initiated what is shaping up to be a sprawling partnership between the Biden School and CEHD to support education reform efforts in Delaware.

The Biden School acts as a “hub and spokes,” as Rich described it, identifying a public policy area where additional resources can be devoted to better understand a critical social problem, and developing the partnerships to solve those problems, few of which will require more political capital than reforming the state’s education system.

“Our society has changed, but for the most part, our public schools have not,” said Rich. “This is one of the great public policy challenges of our time. How do we redesign the system of public education to address the learning needs of all students?”

Education reform efforts have a messy history in Delaware.

In 1953, Wilmington civil rights lawyer Louis Redding, after whom the Redding Consortium is named, challenged the state’s system of “separate but equal,” racially-segregated schools. That case, Belton v. Gebhart, would ultimately come before the Supreme Court, combined with many other cases, as Brown v. Board of Education in 1954.

However, when the Supreme Court ruled “separate but equal” to be unconstitutional, Delaware was slow to integrate. By 1961, just 40% of school districts had integrated. Desegregation continued until 1967, when the state’s last racially segregated school for Black students was shuttered. In an effort to further integration, the single school district serving the city of Wilmington was dismantled in 1981 and divided among four districts that included both urban and suburban areas. This is the system that remains in place today.

What that means for students currently living in Wilmington is that moving to a new home — even just a few blocks away — may result in changing school districts, which means new schools, new teachers, and a new routine. Under these circumstances, students are more likely to fall behind academically as they struggle to catch up.

“Right now, there are multiple curricula in operation across the schools in Wilmington,” said Henry. “So you can see how these kids’ heads are just going to be spinning if they’re moving from school to school.”

Then there are the social factors. Nearly three-quarters of students are from poor families and 91% are historically underrepresented minorities. Many do not have access to high-speed internet, which in the wake of the global pandemic means that students who were already at risk are falling even further behind.

Wilmington students attend schools that experience higher rates of teacher turnover than schools in the more affluent suburbs, and as a result, academic performance is low: only 31% read at grade level and 24% are proficient in math.

According to Henry’s research, students need stability to thrive. This not only means low rates of teacher turnover but also recruiting and retaining high quality teachers who are able to keep students learning at grade-level. Generally speaking, schools with higher concentrations of students living in poverty have the highest teacher turnover rates and therefore fewer high-quality teachers.

“These are policy issues,” said Rich. “This is not a matter of making an existing system work better. It’s a matter of designing the system in ways that accommodate students for whom this education system was not designed to serve.”

Policy problems require policy solutions, which is what the Biden School and CEHD hope to achieve through their partnership in support of improving education outcomes in Delaware.

Thanks to $240,000 in funding from the Delaware General Assembly, the Biden School’s Institute for Public Administration (IPA) and Delaware State University partner to provide research and operational support to the Redding Consortium. IPA’s team is led by Policy Scientist Kelly Sherretz and Policy Specialist Haley Qaissaunee, and they are responsible for conducting research, connecting project stakeholders, and updating the Consortium website and social media to keep the public informed. They also coordinate and plan every meeting for the consortium and its three working groups: Funding and Governance, Educators, and Social Determinants of Health. With data from the Delaware Department of Education, Sherretz and Qaissaunee work with graduate researchers to conduct an annual review of student educational performance statewide. They collaborate with UD and DSU faculty, policy scientists and graduate researchers to provide consortium members with the information they need to make informed decisions.

With more than 20 years of experience in education policy research and administration, IPA was tapped by Governor Markell in 2014 to coordinate the efforts of the Wilmington Education Advisory Council. IPA was called upon again in 2015 to support the Wilmington Educational Improvement Commission, and now the Redding Consortium.

“Support from the Biden School has been incredible,” said state Senator and Redding Consortium co-chair Elizabeth “Tizzy” Lockman, who earned her master’s in Urban Affairs and Public Policy from UD in 2015. “It just gives us this well of expertise and ability to develop new policy solutions for our schools.”

Meanwhile, faculty in CEHD are examining data provided by the Department of Education and balancing the merits of policy solutions that they hope will result in wide-ranging, permanent improvement in the city’s schools. To support these efforts, CEHD has made multiple faculty hires in education policy, including Laura Desimone, who worked with the School District of Philadelphia on school improvement efforts. And, of course, there’s Gary Henry, the seminal scholar in the field.

“Gary Henry is one of the nation’s leaders in education policy,” said Rich. “One of the things that’s made him a leader in this space is that he’s not only an outstanding scholar, but he connects scholarship to policy to action.”