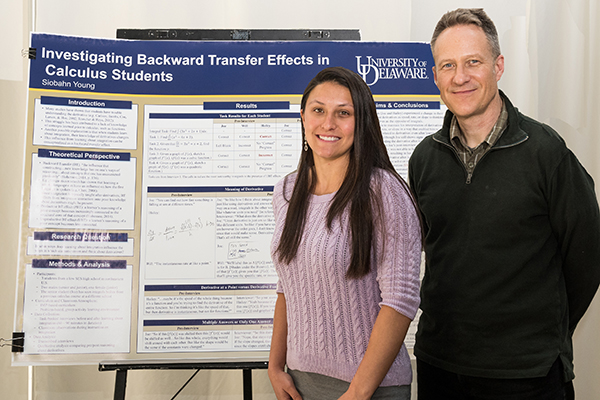 The award was announced on April 13 at the National Council of Teachers of Mathematics Research Conference in Boston and April 18 at the AERA SIG-RME business meeting in Chicago.

Hohensee received the award for his 2014 scholarly article titled “Backward Transfer: An Investigation of the Influence of Quadratic Function Instruction on Students’ Prior Ways of Reasoning about Linear Functions,” published in the academic journal Mathematical Thinking and Learning.

The article discussed middle school students and the phenomenon of “backward transfer,” a term that describes how new learning influences an individual’s prior knowledge. For more on Hohensee’s research, see the UDaily article here.