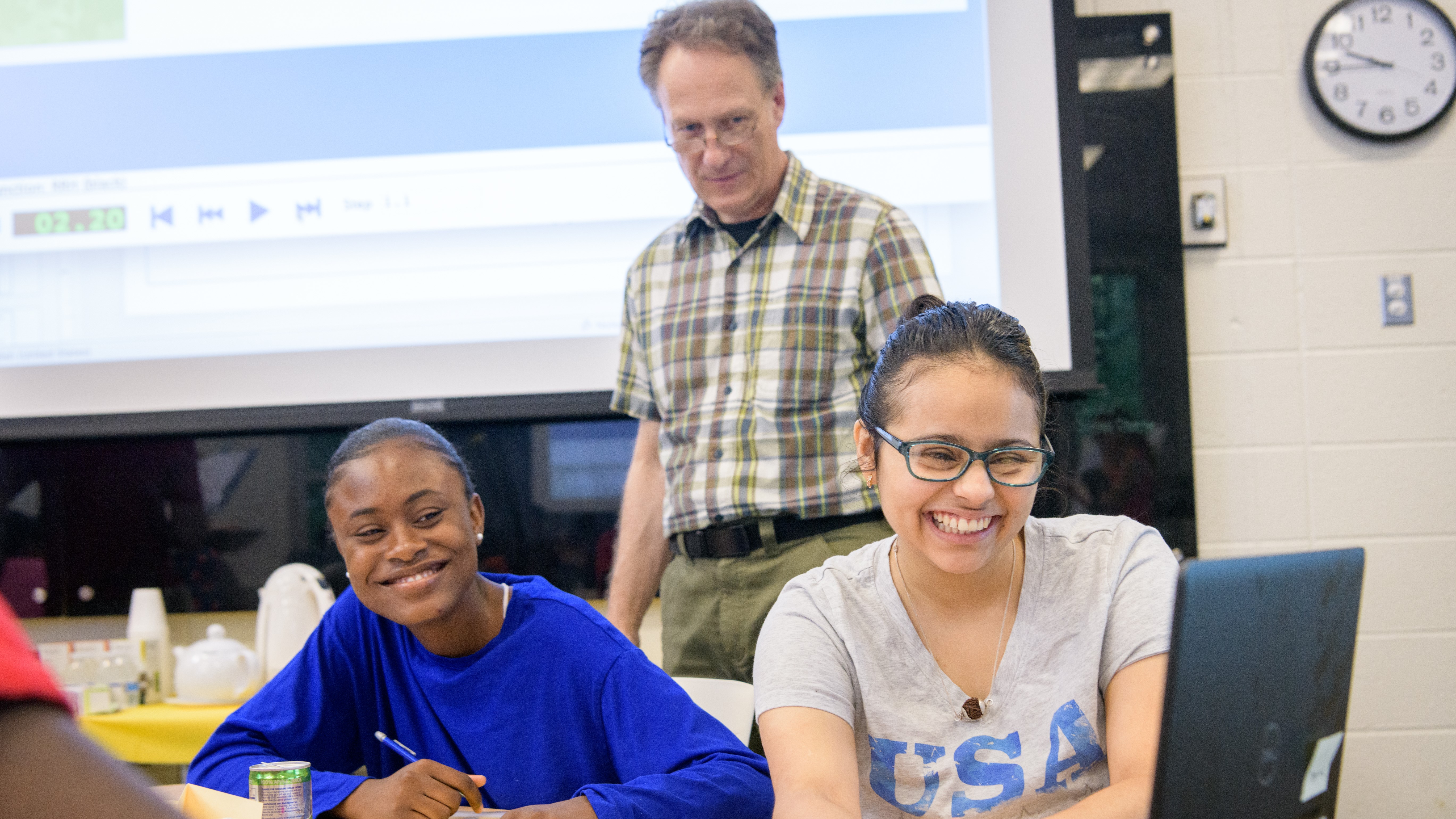 Have you ever learned something new only to realize that it’s caused you to forget something old?

You’re not alone, said Charles Hohensee, associate professor in the School of Education at the University of Delaware. The phenomenon, known as “backward transfer,” is quite common, especially in math classrooms where prior knowledge acts as the foundation upon which new knowledge is built.

Consider how children in kindergarten learn about basic numbers, which becomes the foundation for arithmetic, followed by fractions, algebra, geometry and so forth — like rungs on a ladder. Like most teachers, Hohensee expected the new knowledge to supplement prior knowledge. But it didn’t always work that way. In some instances, learning a new mathematical concept unintentionally hindered students’ understanding of concepts taught earlier in the school year.

“Backward transfer in mathematics education has not been studied systematically,” said Hohensee, who was awarded a $750,000 National Science Foundation (NSF) Faculty Early Career Development Program grant in 2017 to study backward transfer. “This research project will contribute to the field of mathematics education by expanding the application of knowledge transfer, moving it from only a forward focused direction to include, also, a backward focused direction.”

During the first phase of the research project, Hohensee observed and interviewed four Algebra I classrooms and tested students’ understanding of linear functions before and after the lessons on quadratic functions. Now in its second phase, the project is beginning to gradually scale up to develop and test new curriculum with students recruited from local high schools.

“This project may lead to new avenues for instructional improvement that could have far-reaching implications for mathematics teaching practices and curriculum design,” said Hohensee.

The concept of backward transfer isn’t new. But what is new is Hohensee’s approach that backward transfer can manifest in both negative and positive ways. In other words, if new knowledge can hinder one’s understanding of prior knowledge, then the opposite must also be true.

Hohensee first noticed this while researching how middle school algebra students learn about linear and quadratic functions. If your math is a little rusty, wax nostalgic for a moment about your first algebra class. At the beginning of the academic year, students typically learn about constant rates of change; these are linear functions, which appear on graphs as straight lines. Later in the school year, students learn about rates that change constantly, like throwing a ball into the air; these are quadratic functions, which appear on graphs as parabolas.

“Functions in general are challenging for students and teachers alike,” said Hohensee. “Quadratic functions add a layer of complexity that many students struggle to comprehend. They may be able to answer some questions, but they don’t have a great understanding of what these functions really are.”

When students understand a function in purely abstract terms, Hohensee suggested, then there is a greater likelihood for backward transfer to hinder learning. To remedy this, Hohensee and his team of researchers, including two public school teachers and two graduate research assistants, are developing a prototype curriculum that conveys real-world scenarios involving quadratic functions using computer animations. Imagine playing a video game: your avatar is a soccer player, racing downfield against an opposing player. Each players’ average speeds are shown below in a table of distances and times (average speed equals change in distance over change in time). Students study the changes in distance and time to see how the race plays out. When these variables are changing constantly, the motion becomes quadratic.

“We’re giving students a more real application for mathematics and increased exposure to working with technology and mathematics,” which provides educators with new tools for teaching algebra and may also help to narrow the achievement gap between low-income students and their wealthy peers, said Hohensee.

To test the effectiveness of the new curriculum, Hohensee recruited 18 high-performing students from disadvantaged high schools in Wilmington, Delaware, to take part in a two-week math workshop in the Willard Hall Education Building. As part of his recruitment effort, Hohensee arranged transportation to and from campus and provided a healthy breakfast and late-morning snack before dismissing the students at noon.

“What makes this project so exciting is that Charles is trying to do something very innovative with Algebra I,” said Michelle Culley, a math teacher at Elkton High School in Maryland. With 30 years of teaching experience, Culley’s feedback has been invaluable to the project. “It’s about process, not lecture. There’s a lot of class discussion and demonstrations by students as they work through these equations. I’m already thinking about how I can incorporate this into my own classroom.”

Prior to the workshop, students were given a test to gauge their baseline knowledge of certain mathematical concepts. Next, Hohensee and his research team organized the students into focus groups. As each focus group worked through a series of math activities, their conversations and reasoning were recorded on audio and video for subsequent analysis.

“We’re interested in capturing as much as we can about how the students are working and thinking about these math problems,” said Sara Garland, a doctoral research assistant in the School of Education.

During the summer of 2020, as the project enters its fourth year, the workshop will expand to three weeks and instruction will be provided by teaching partners from local schools. In the fifth and final year of the grant, the curriculum will be introduced into algebra classrooms for real-world testing and analysis.

“We need to develop curriculum that will accommodate all students, no matter their background,” said Hohensee.