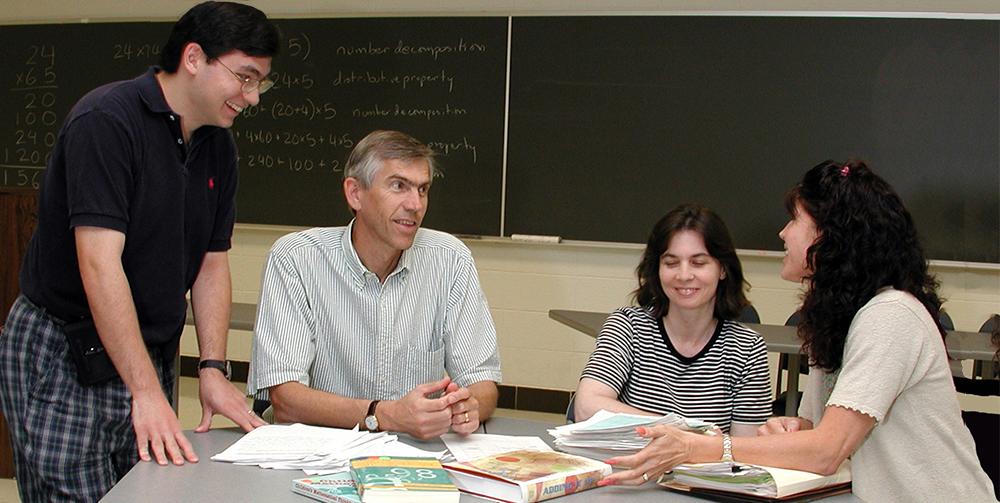 James Hiebert, Robert J. Barkley Professor of Education, has received the American Educational Research Association (AERA) Special Interest Group for Research in Mathematics Education (SIG-RME) Senior Scholar Award, a highly significant national award. Recipients of this prestigious award are considered to be those who have made the most significant contributions to the field of mathematics education.

Hiebert accepted the award on April 18, 2015 at AERA’s SIG-RME business meeting in Chicago and gave an invited address titled “Ill-Conceived Reforms and Damaging Craziness: Corrective Possibilities of Implementation Theory and Improvement Science.” The address is available online as a free podcast.

Dr. Hiebert has been a highly productive and influential mathematics education researcher for over thirty years. His distinguished career has had an unparalleled national and international impact on the field.

His program of research has consistently embodied levels of breadth and depth that are rarely achieved, and his scholarship has shaped many of the ideas that form the foundation on which the current thinking about mathematics education continues to build. His influence is far-reaching; it extends to thousands of scholars who have cited him, to more than a dozen doctoral students who he has advised, and to the numerous early- and mid-career faculty who he has mentored.

(a)   connections between learning and teaching mathematics

(b)  international comparisons of mathematics instruction

Of particular significance was his contribution to identifying international differences in instructional practices and student performance with TIMSS. Another notable contribution was the Mid-Atlantic Center for Mathematics Teaching and Learning (MAC-MTL), which centered on a partnership between the University of Delaware, Penn State University, and the University of Maryland. Dr. Hiebert has also published over 110 top-tier journal articles and books.